Cerebral autoregulation may be abolished and cerebrospinal fluid (CSF) production reduced by 30%. The cerebral oxygen consumption (CMRO,) may be reduced by 25%. There is no epileptiform activity in the brain.

It does not interfere with the use of sensory evoked potentials used to evaluate CNS function. These were some halothane cerebral effects

All modern volatile anesthetics suppress the cerebral metabolic rate (CMR) and, with the exception of halothane, can produce burst suppression of the electroencephalogram.

At that level, CMR is reduced by about 60%. Volatile anesthetics have dose-dependent effects on CBF. In doses lower than the minimal alveolar concentration (MAC), CBF is not significantly altered. Beyond doses of 1 MAC, direct cerebral vasodilation results in an increase in CBF and cerebral blood volume…….

PET studies in humans have also shown that halothane (0.9 MAC) and isoflurane (0.5 MAC) can decrease CMRg by 40% and 46%, respectively. The reduction in CMRO2 is dose related.

With isoflurane (and almost certainly desflurane and sevoflurane as well), the maximal reduction is attained simultaneously with the occurrence of EEG suppression. This occurs at clinically relevant concentrations, such as 1.5 to 2.0 MAC in humans. In dogs, additional isoflurane up to 6.0% end-tidal volume results in no further reduction in CMR and no indication of metabolic toxicity.

Halothane presents a contrast to this pattern. Halothane concentrations in excess of 4.0 MAC are required to achieve EEG isoelectricity in dogs, and additional halothane causes a further reduction in CMRO2 in concert with alterations in energy charge. The latter changes, which are reversible, suggest interference with oxidative phosphorylation. These data indicate that unlike isoflurane, halothane can produce reversible toxicity when administered in very high concentrations. 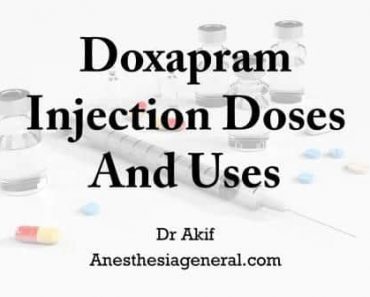