The Ketamine induction dose of anaesthesia is, 1 to 2 mg/kg IV or 4 to 8 mg/kg IM. Injection of ketamine IV does not produce pain or venous irritation. Consciousness is lost in 30 to 60 seconds after IV administration and in 2 to 4 minutes after IM injection.

ketamine induction dose has been used as induction agent along with rocuronium for rapid sequence intubation in parturients for caesarean section.

The sympathomimetic effects of ketamine induction dose may be advantageous in patients with haemorrhagic shock.

However, ketamine should be used cautiously in this group of patients as severe hypotension may occur after induction due to its inherent myocardial depressant properties, as these patients are depleted to endogenous catecholamine stores if suffering from shock for long duration.

Bronchodilating property of ketamine makes it useful for induction in patients with severe bronchial asthma.

There are three acute hepatic porphyrias, acute intermittent porphyria, variegata porphyria and hereditary coproporphyria, which are characterized by an idiosyncratic reaction to many common drugs; resulting in excessive excretion of porphyrin precursors, which is responsible for episodes of acute neurological dysfunction.

No significant changes in activity of delta-aminolaevulinic acid synthase, the rate-limiting enzyme for haem and porphyrin biosynthesis, occur after the administration of ketamine.

Therefore, ketamine induction dose can be administered to patients with an acute intermittent porphyria. Continuous IV infusions of ketamine was shown to produce no change in 5-aminolaevulinate synthase (ALAs) activity and haem intermediate production. Ketamine was also used safely as induction agent in patient with acute crisis of hereditary coproporphyria. 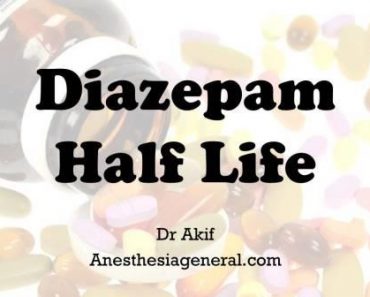