The capacity of deliberate Brain Hypothermia to protect the brain and other vital organs during periods of decreased oxygen delivery is used during cardiac surgery.

The beneficial effects of Brain Hypothermia were empirically attributed to its ability to decrease cellular metabolism and thus delay the processes leading to irreversible cell death.

Based on this, it was also assumed that the lower the temperature, the lower the cellular metabolism, and therefore the longer the period of ischaemia that the brain could tolerate.

Brain Hypothermia as a means to provide intraoperative cerebral protection during neurosurgical procedures was proposed as early as 1955 by William Lougheed et al.

The animal data available since the 1980s demonstrate the neuroprotective effects of mild levels of Brain Hypothermia (a decrease of 2-6°C). Similar benefits could not be reproduced consistently in human trials of focal ischaemia.

This failure has been attributed to the design of animal studies that restricted the interpretation of results, viz., poorly chosen models of human physiology or reliance on short-term outcomes or clinically unimportant endpoints.

These results were not confirmed by a prospective, controlled randomized phase III investigation. (A multi-center trial comparing the effects of hypothermia (up to 33°C) with those of normothermia instituted within 8 hours of acute brain injury failed to demonstrate the efficacy of Brain Hypothermia in improving outcomes.

Another multi-center trial in Japan also arrived at a similar conclusion that mild Brain Hypothermia should not be used for the treatment of severely head injured patients because this therapy offers no advantage over normothermia in such patients.

In a pilot randomized trial, 14 patients with ruptured and unruptured intracranial aneurysms who received mild intra-operative Brain Hypothermia had a lower rate of neurologic deterioration at 24 and 72 hours after surgery and a greater number of patients had good long-term outcomes.

But the subsequent multiple center study of 1001 patients with aneurysmal subarachnoid haemorrhage (SAH) who had World Federation of Neurologic Surgeons Scores of I, II or III failed to detect any beneficial effect of intraoperative cooling on the three-month neurologic outcome or on any of the perioperative outcomes.

The effects of Brain Hypothermia on the relationship between cerebral blood flow (CBF) and cerebral metabolic oxygen demand in patients with aneurysmal SAH are poorly understood.

Sato et al on investigating this relationship in 60 patients with acute SAH who underwent clipping of cerebral aneurysm found that the balance between oxygen supply and demand in the brain worsens under mild hypothermia as against normothermia.

On the other hand, Kawamura et al found luxury perfusion state in positron emission tomography (PET) during hypothermia in aneurysmal SAH in spite of a decrease in cerebral blood flow measured by transcranial Doppler (TCD).

The difference was attributed to decrease in metabolic rate due to hypothermia resulting in relative luxury perfusion. Thus, the susceptibility of brain to ischaemia during Brain Hypothermia is yet to be researched in detail.

Phase I and II small studies in patients following head injury, cardiac arrest, and stroke suggested that neurologic deficit and mortality was reduced when mild to moderate Brain Hypothermia was induced within 6—24 hours following the insult and maintained for 24—48 hours. So far, only large trials in cardiac arrest have confirmed these findings.

Brain Hypothermia also has serious deleterious consequences including cardiovascular depression, immune suppression, coagulopathy and electrolyte abnormality. However, the harmful effects were not significant in clinical trials.

According to Miller’s 7th edition:-

Therapeutic hypothermia has twice been shown to improve outcomes after out-of-hospital cardiac arrest.  Rapid induction of hypothermia is thus becoming routine for patients after recovery from arrest and for asphyxiated neonates.

The potential protection afforded by mild hypothermia is so great that reduced core temperature (i.e., ≈34°C) is increasingly being used during neurosurgery and other procedures in which tissue ischemia can be anticipated. The difficulty is that there are currently few outcome data substantiating an extrapolation from animal data to clinical practice. Furthermore, the appropriate target temperature for therapeutic hypothermia has yet to be established.

Hypothermia for brain trauma was initially claimed to be therapeutic based on a post hoc subgroup analysis of a study that overall showed no benefit.  A subsequent large randomized trial was unable to demonstrate any benefit overall or in subgroups although interpretation of the study was limited by violations in the fluid administration protocol in some patients.  Most recently, hypothermia was shown to be beneficial in a nonrandomized study in which brain trauma patients with elevated intracranial pressure refractory to conventional treatment were assigned to therapeutic hypothermia. Despite being sicker than the comparison patients (who had low intracranial pressure), the hypothermic patients demonstrated improved outcomes.

Small nonrandomized series suggested that mild hypothermia might improve the outcome after stroke. A small feasibility trial for treatment of stroke with hypothermia has been published, but no large trial is currently in progress. 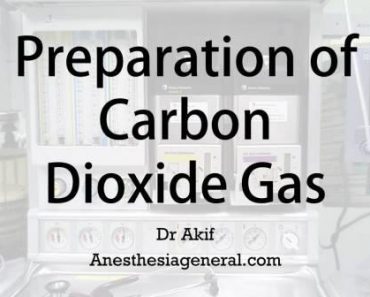